Jack Ma and the Communist Party of China

Chinese Citizens and the US Elections 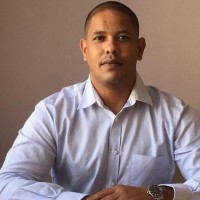 The issue is Politics + Freedom and we are discussing progress, prosperity, quality of life, freedom, One Party State, Two-Party System.

The goal here is to encourage critics of China to see the whole picture – recognising the connection between China’s remarkable achievements since 1949 and especially since 1980 and its political norms. The difficult point for the West is that the Chinese people are not demanding the adoption of Western Political Freedoms. Recall the Paxman Interview – he was staggered that none of the Four Women Business Leaders wanted to “vote the party out of power”. Two other sources of information on this topic are recommended – The US-based Edelman Trust Barometer and the Harvard Ash School of Government. And remember the 140m Chinese Tourists.

And yet the view persists that the UK offers political opponents of the UK Government greater protection in the UK than political opponents of the Chinese Government can access in China. Is there a countervailing force within the Chinese system that acts to challenge abuse by Chinese officials of critics/opponents? It is clear to this writer that China’s persistent severe treatment of corrupt officials is a positive step and the work of Regulators to rein in the excesses of the Billionaires is now far-reaching.

There have been other areas of progress – gay rights have made significant advances; the number of executions per annum has fallen to an all-time low (2,000) and the courts in China are increasingly supporting lone wives with maintenance payments + custody rights.

China is increasingly a pluralist society with a powerful dynamic in addressing social + economic issues but always with the Party at the apex of power.

GOOD MORNING FROM LONDON Who are you? Why do you write about China? Do you know what you are talking about? These questions often arise as I reach...
Read more
covid

GOOD MORNING FROM LONDON With the issue of Human Rights, the UK and China start from different places. The UK narrative begins with the Magna Carta, the Absolutism...
Read more
china

GOOD MORNING FROM LONDON On Belt + Road Initiative (BRI) there are two different views. The West asserts that this is “Debt Trap Diplomacy” and...
Read more

DO THE CHINESE PEOPLE YEARN FOR WESTERN DEMOCRACY?